15 things I learned from my Canadian family vacation 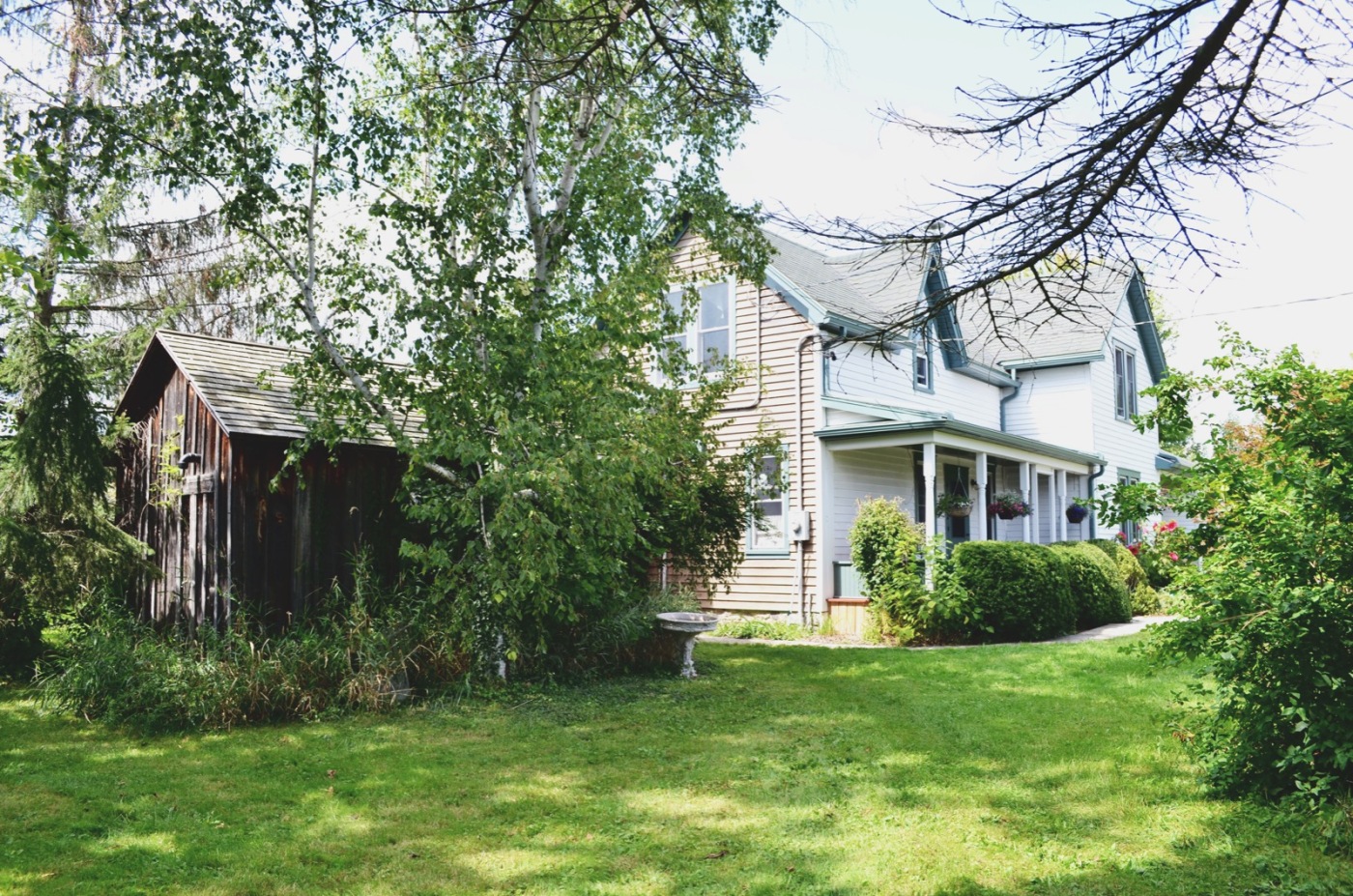 Unlike some previous posts I’ve shared after traveling (such as Asheville and California), this one will be all about the lessons I learned over my recent week of traveling. Less about the specific places I went. And, joyous news… very few of these lessons are trip-specific, so you can read, learn, and apply these valuable bits of wisdom in your own life. (Finger snaps for that.)

Just in case you want a little more detail than the title provides, I recently traveled up to Canada (Port Elgin and then Port Colbourne) by way of Detroit. The trip was to visit family, with a little sight-seeing and such mixed in along the way.

~Couchsurfing is NOT the same as AirBNB, and be aware that you might be expected to bring your own towels and sheets, and should not bank on clean sheets and two pillows for two people. The person we stayed with in Detroit was lovely, but her laid-back personality resulted in laissez-faire hosting. Our particular experience was exaggerated by the fact that the home was also being renovated at the time we stayed. (I’ll note that my step-sister stayed with a host in Boston shortly prior where clean linens were provided, so this is not an indictment of the entire system.) Also – it’s free, so that’s pretty unbeatable. Also – I’m still unclear if I should be saying couch surfing or couchsurfing. Apologies if I’m getting it wrong. Also – …ha. Just kidding with that third “Also.” 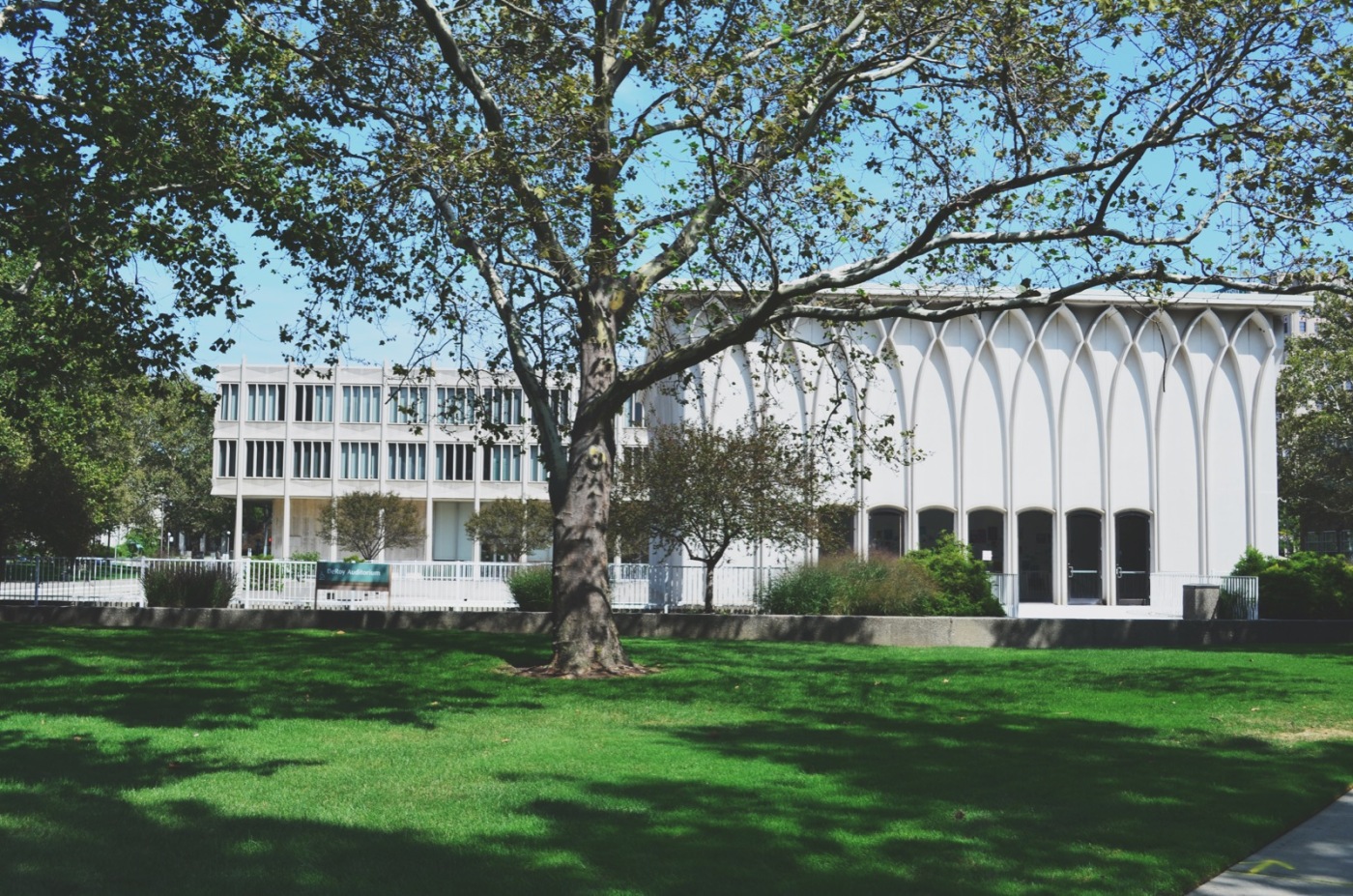 ~If you decide to visit, brunch at Rose’s. Believe me. Not only was the food delicious, I fell in love with its sweet decor. 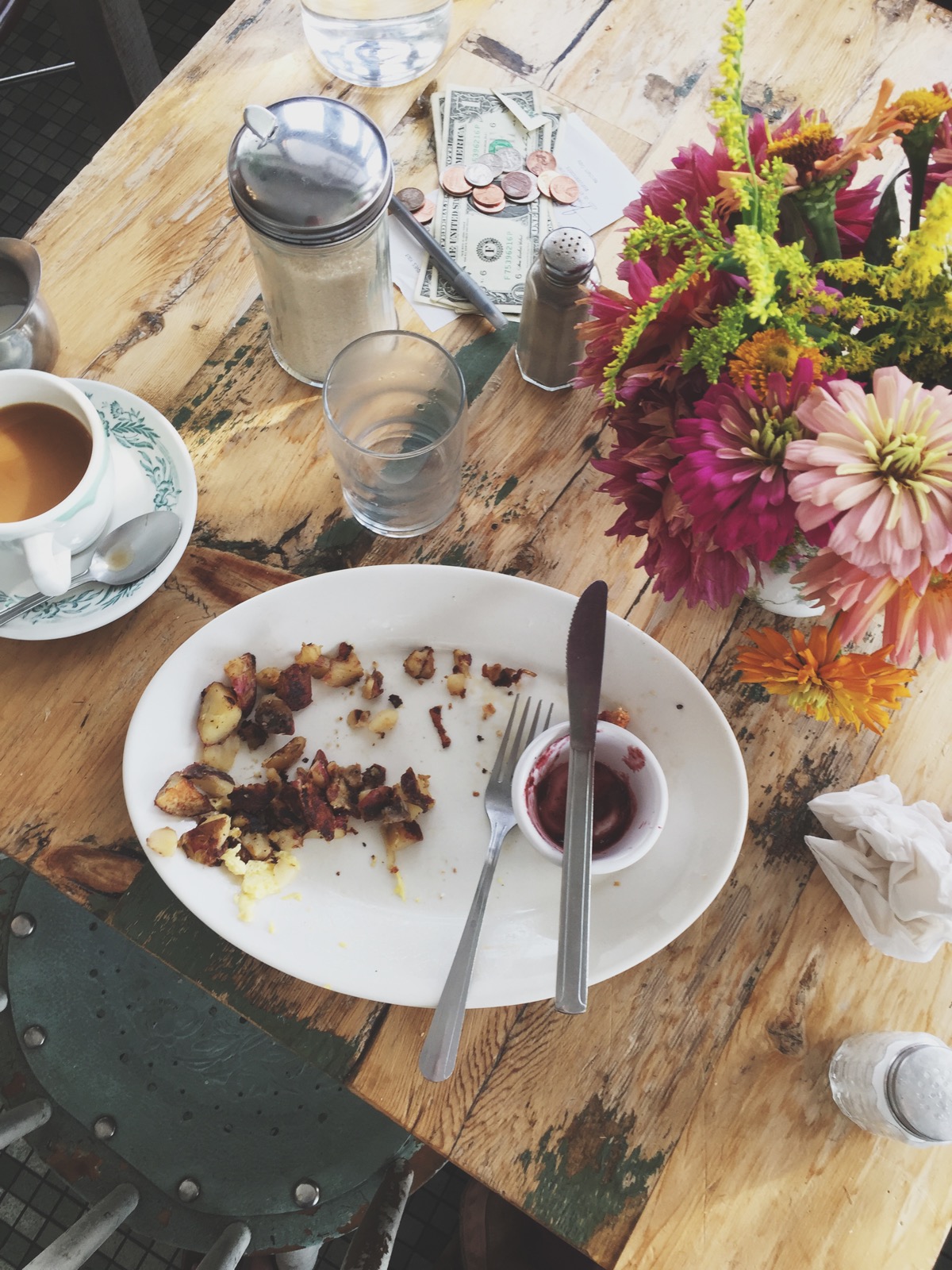 ~The Hamilton soundtrack is everything it’s cracked up to be. Seriously. Just TRY listening to it a couple of times and not having the catchy tunes perpetually stuck in your head. And, noteworthy – apparently there is a daily lottery for Broadway tickets. Maybe I’ll add entering for the Chicago contest every morning between my coffee and tooth brushing. Because MAN do I want to see this show now.

~Your cell phone provider might tell you that you will have data like normal with your plan when you travel to Canada but they are filthy despicable liars. It never worked for me. I mean, I could make calls but COULDN’T CHECK INSTAGRAM WITHOUT WIFI. Verizon… you’re in for a STRONGLY-WORDED tweet. Well…you would be if I actually ever tweeted.

~Gas – you can’t pay at the pump with your card. WHAT. Guess who needed to re-learn how to pay inside again. This gal. Guess who also freaked out at the prospect of figuring out how many liters she needed to fill up her tank? Also, this gal.

~Teslas really are that cool. How do I know? BECAUSE I GOT TO RIDE IN ONE. (Thanks for buying it, Uncle Harold.) I don’t even care about cars one bit, but this was fun. Vroom.

~Not everyone appreciates the beauty of thrifted cross-stitch rooster artwork. But, I left one hanging in my cousin’s bathroom as a gift, nonetheless. Have you ever seen such a fun thing for 50 cents? No you haven’t. No one ever has. 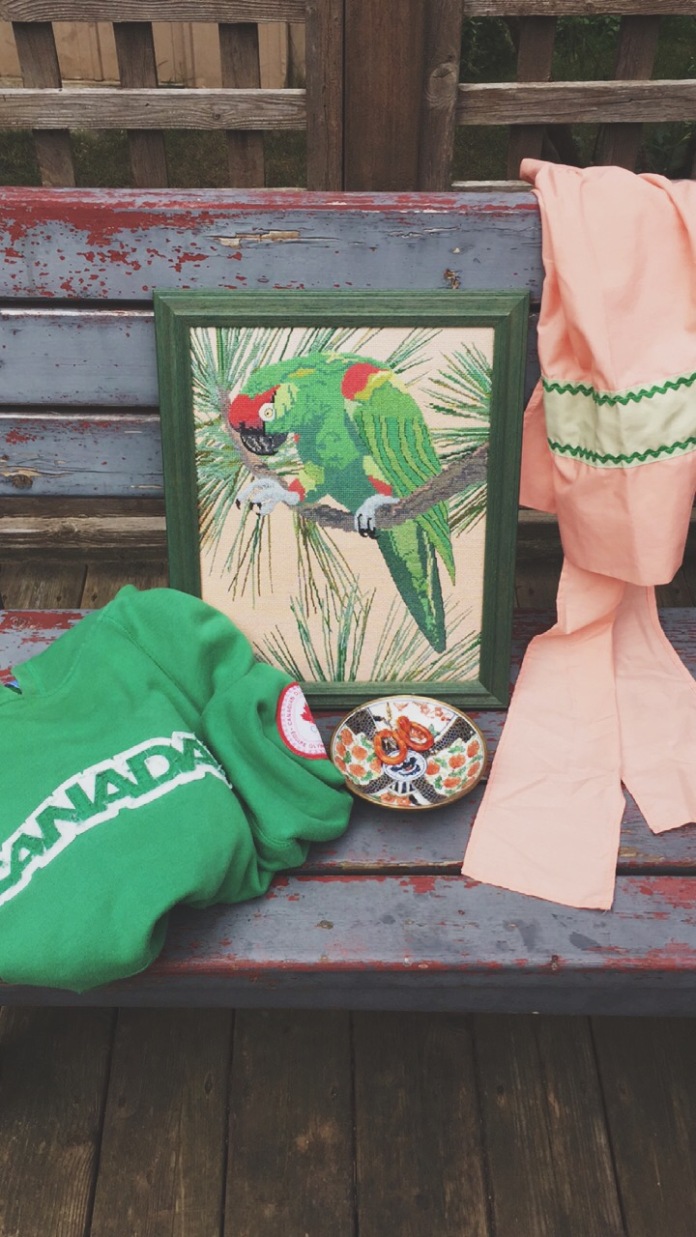 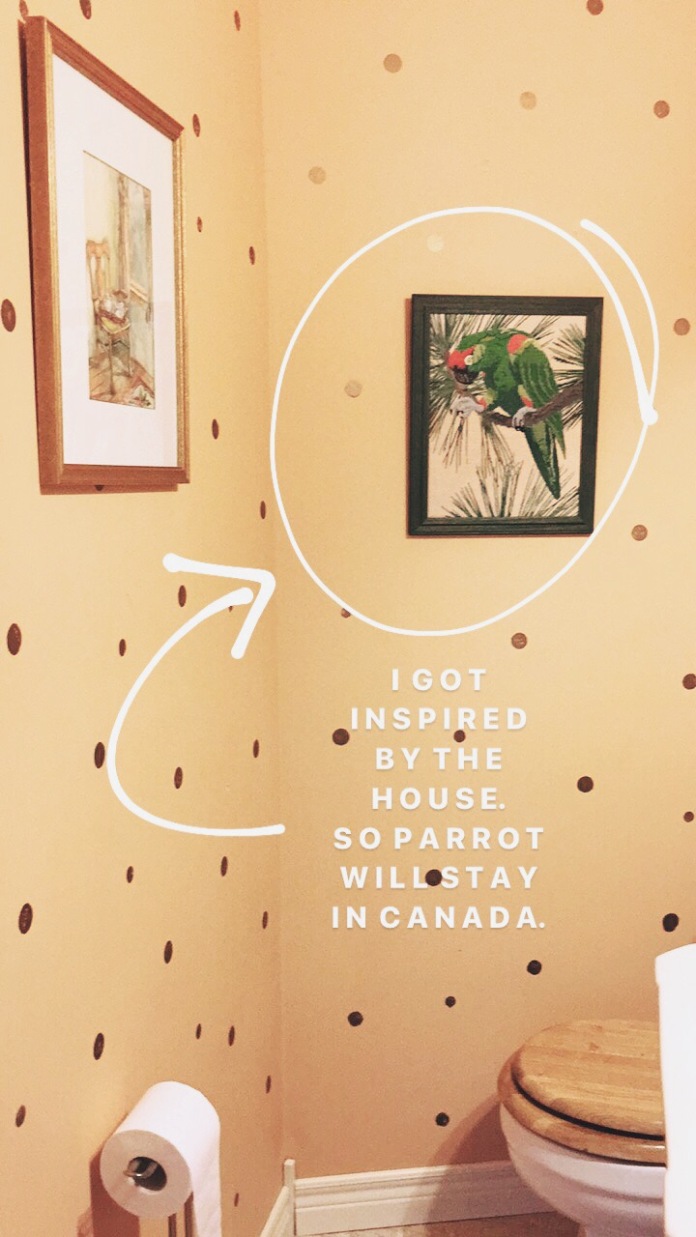 ~Saks Off Fifth is the best store ever. (Slight overstatement for dramatic effect, but it was really great. Really really great.) Also – shopping in Canada is an emotional roller coaster. First “Why the EFF are these deals not better?!” (Anger.) Then “Oh yeah, Canadian dollars.” (Relief.) Then “Oh awesome, I get to pay for this with AMERICAN dollars and save like, 50%!” (The exaggerated discount I convinced myself I was getting to justify my Saks Off Fifth haul that made me feel ECSTASY.)

~Go wildflower picking on a Canadian beach and you’ll walk away with a $50+ bouquet. And the memories? Priceless. 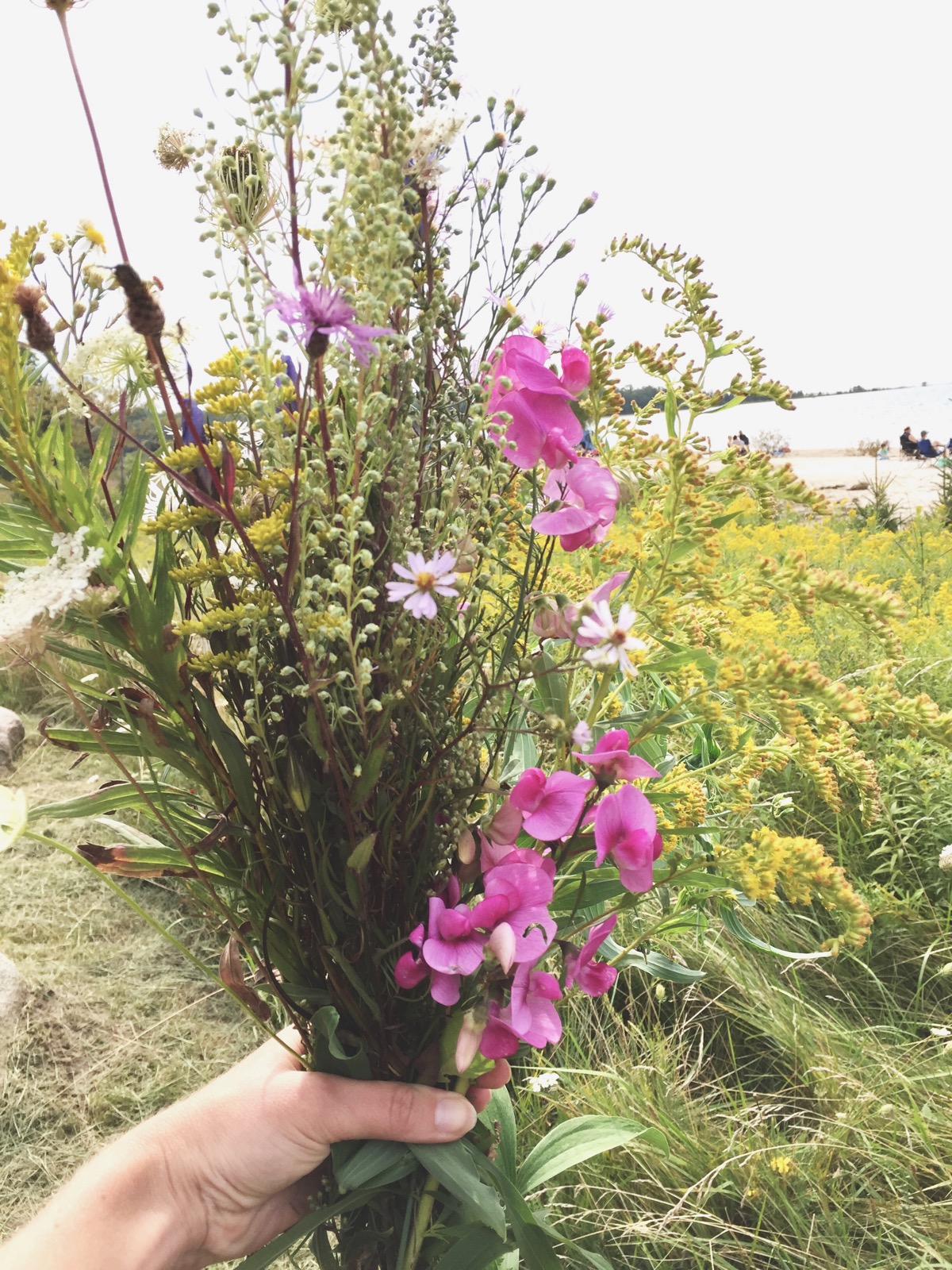 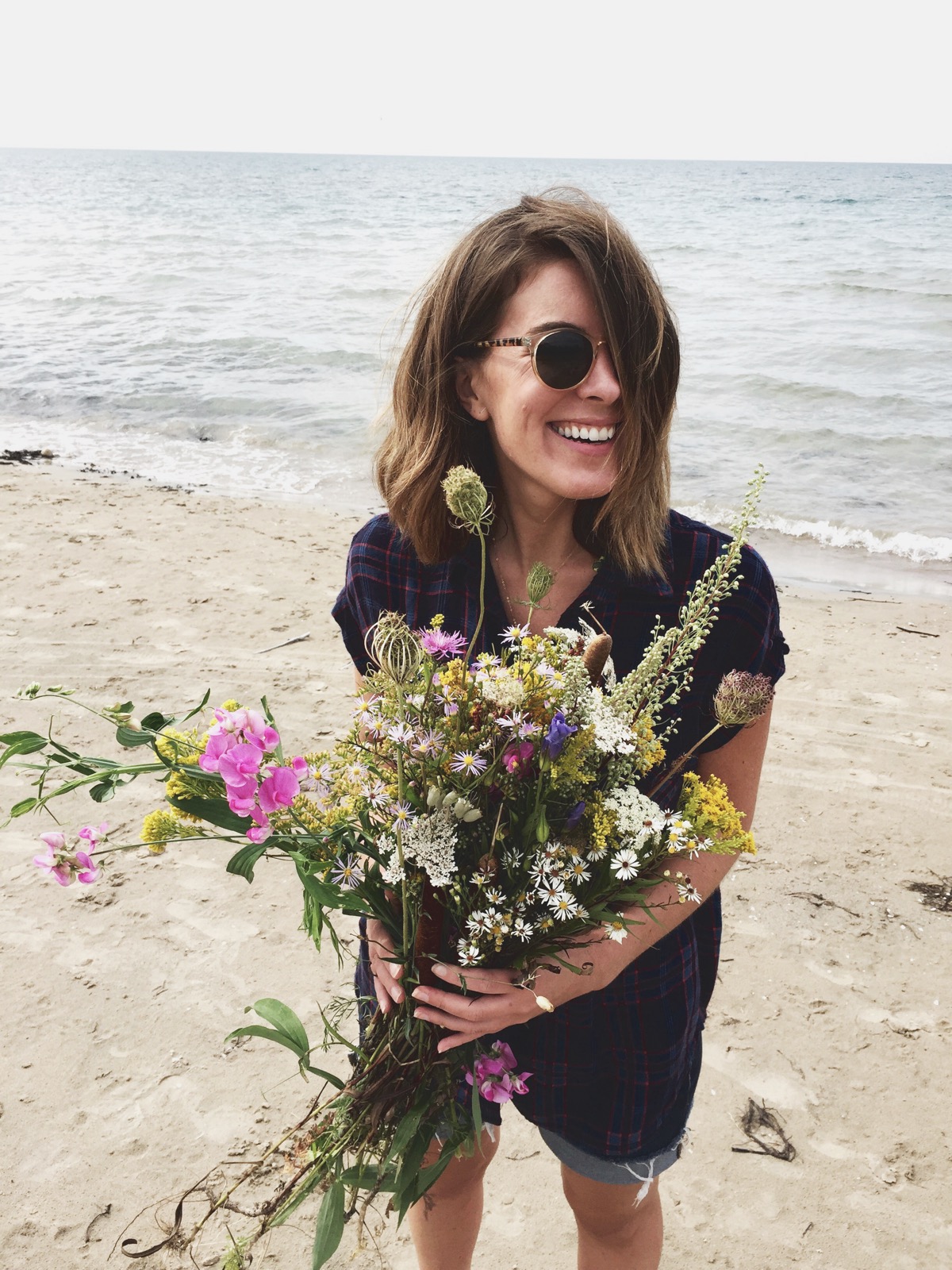 ~You should never outgrow piggyback rides. 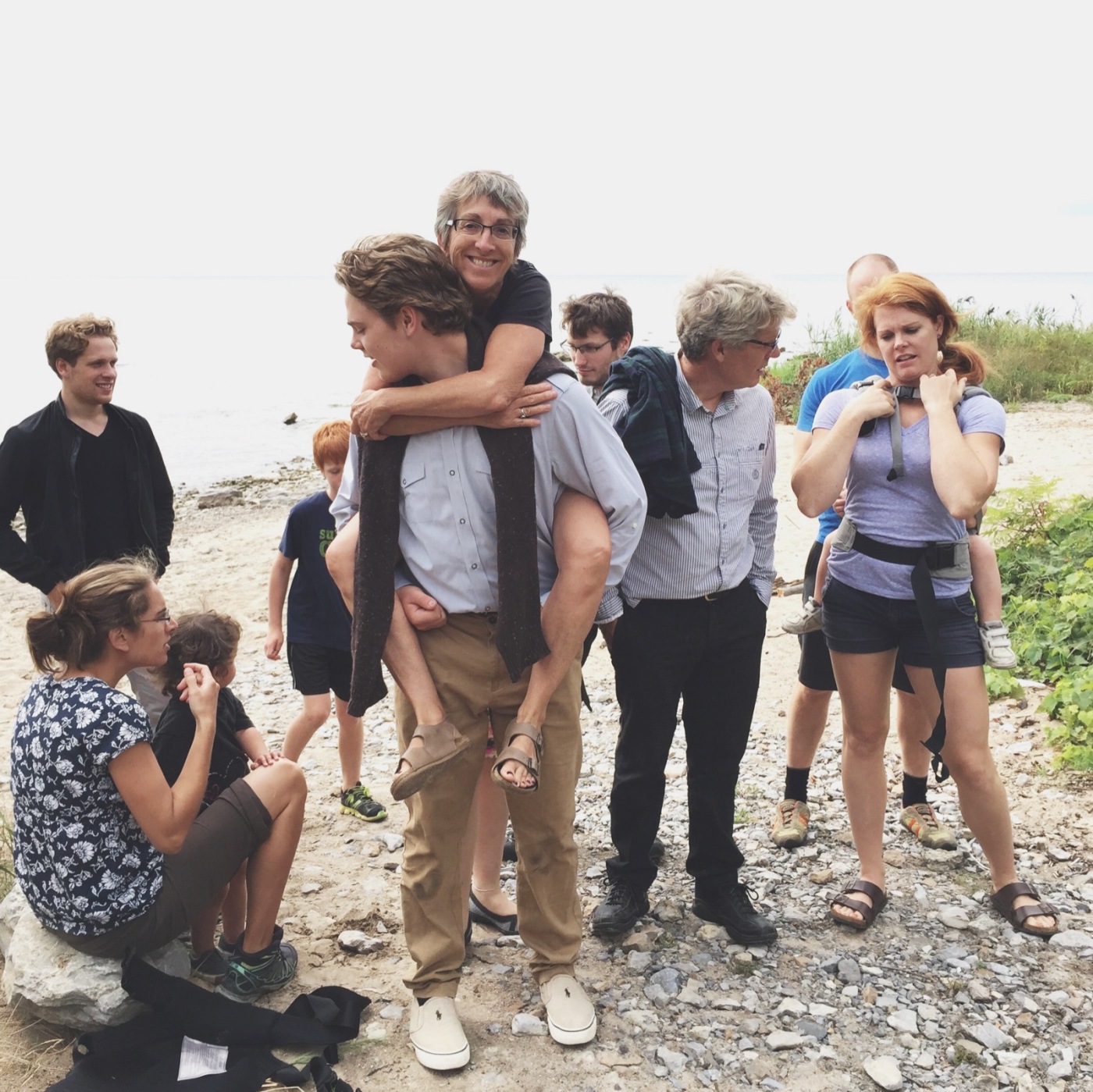 Okay, now – Because I had so many transformative food experiences on this trip, here’s a whole section…

~Pre-prepared pesto is a miracle sauce that can turn plain noodles into a culinary marvel. It truly is a hostess’ best friend. AND, you don’t need to make it with pine nuts! (Side note – a rare side effect of pine nuts is an ongoing metallic taste in one’s mouth for weeks following consumption. After seeing my ex go through that, I stayed away from pesto for years.) Unfortunately, I’m becoming aware of how much I want to make and serve and eat pesto several weeks after I turned down a friend’s offer of a bunch of free basil plants. Face palm. Anyone have a bunch of basil they want to donate to my pesto effort?

~Eggplant Parmesan is not nearly as nasty as four-yr-old Leslie decided it was. In fact, quite delicious. 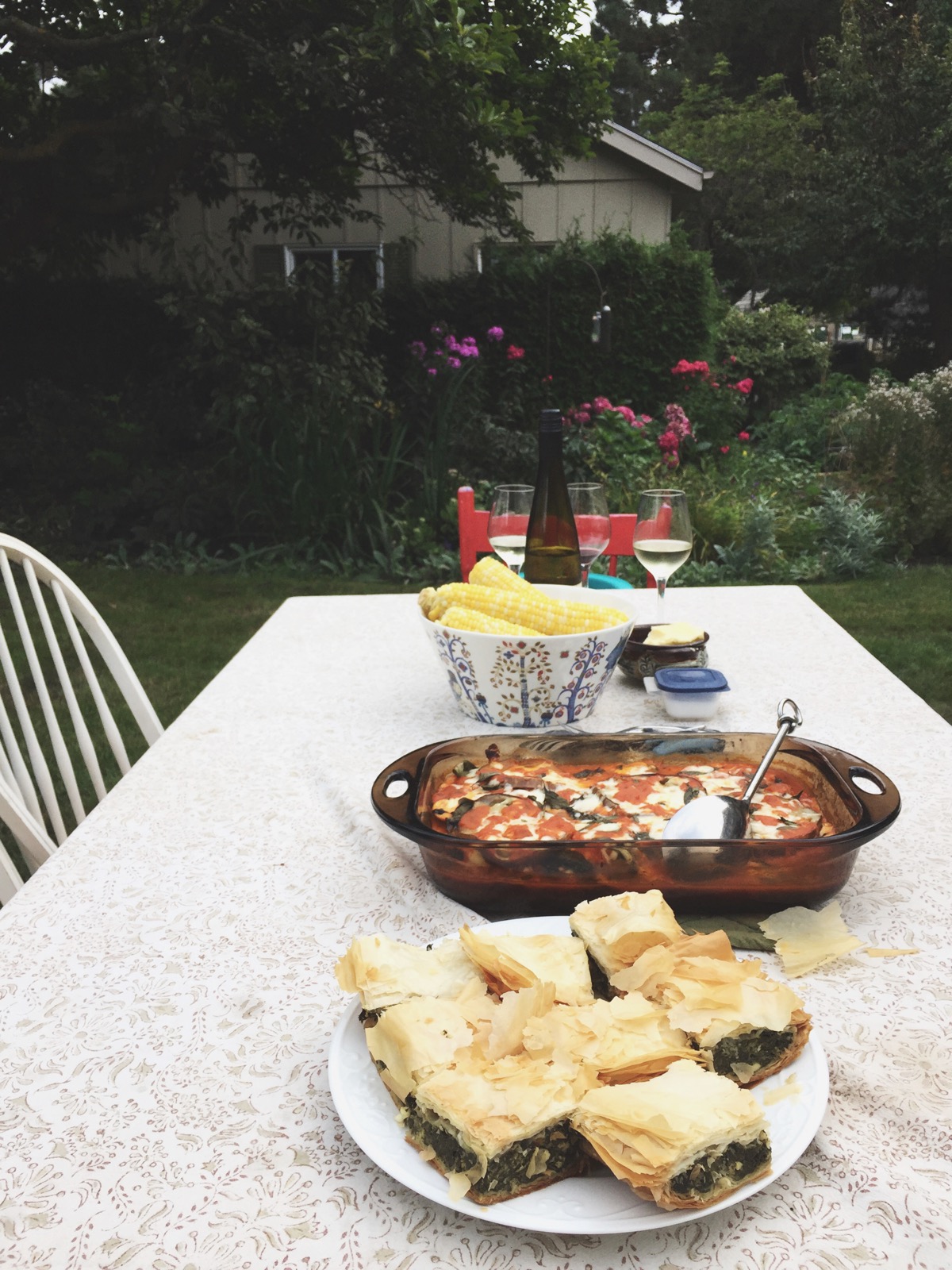 ~Canadian Wheat Thins taste different. Hand to heart. Very, very upsetting. Even more upsetting when it’s midnight and you snuck down (like a graceful elephant atop creaky wood floors) to your aunt’s kitchen to get them.

~A dessert doesn’t have to be beautiful to be the most amazing thing you’ve ever tasted. Long live this cherry cheesecake tarte thing! 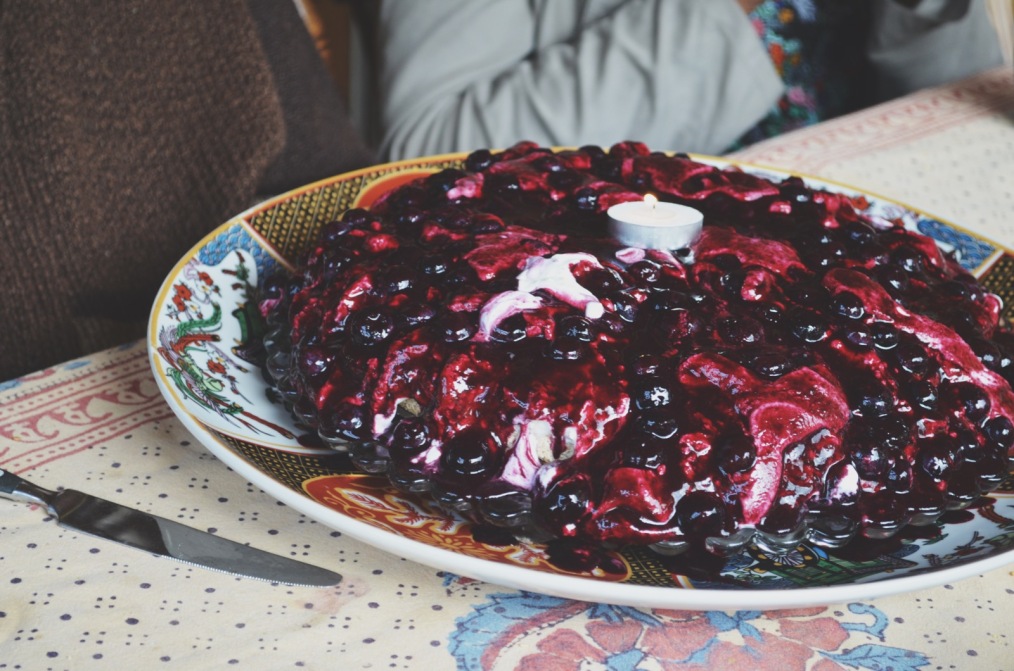 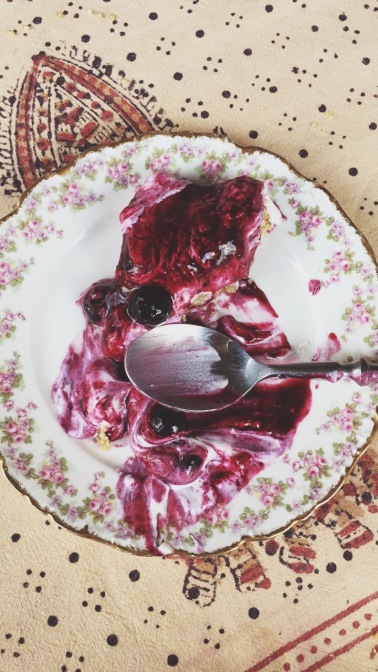 ~Eating outside in summer is ALWAYS better than eating inside. I’m thankful to have a family who embraces this. 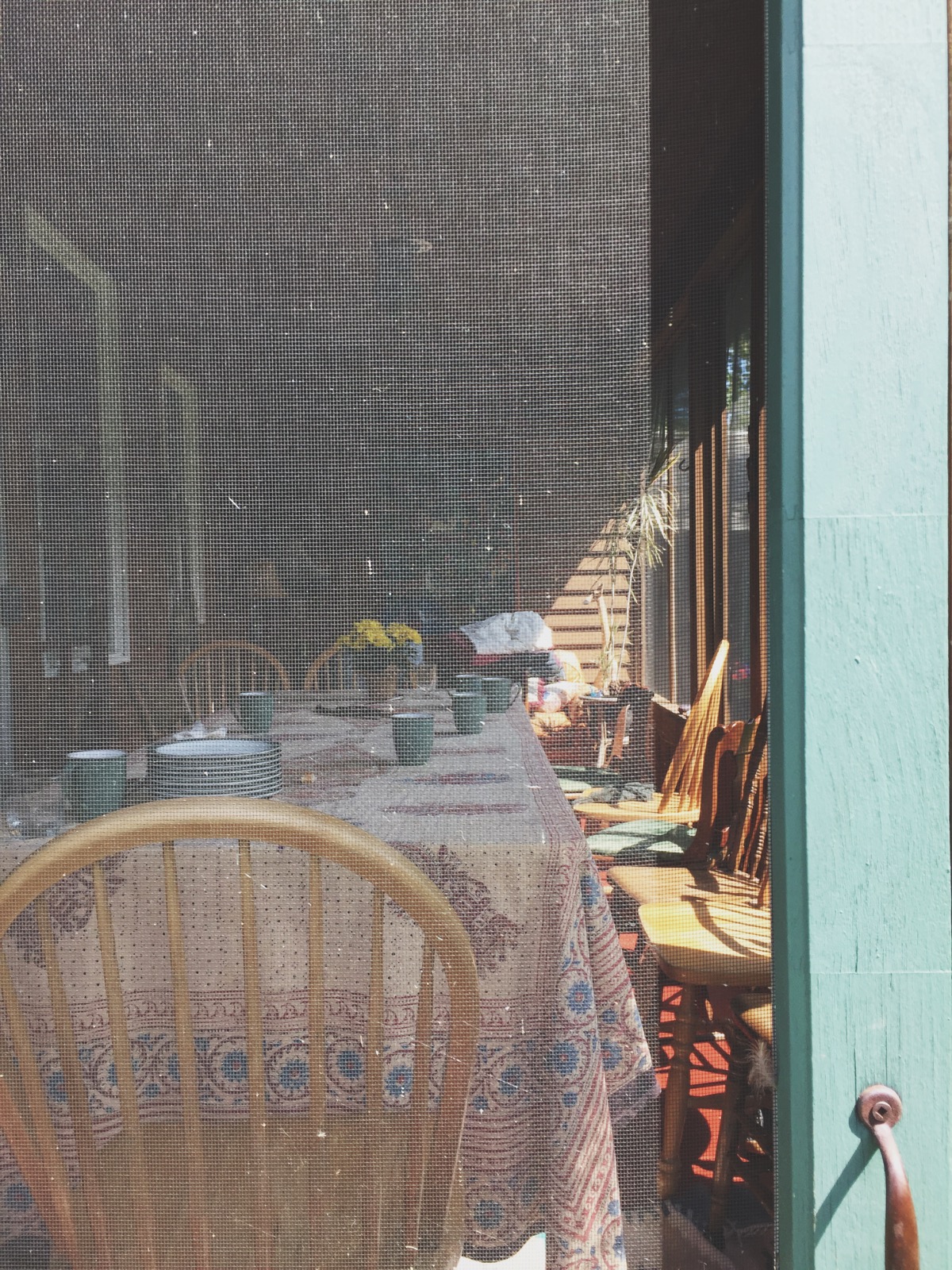 Do you feel like a more educated human? Hope so.

Blogger, stylist, and all-around design lover, based out of Indianapolis. Special areas of focus include secondhand/vintage fashion and midcentury/danish modern interior design.

architecture art City Guides creativity Design Fashion goal-setting Home how-to interior decor Life links midcentury modern resources Shopping sundaylist thrifted Travel trends wish lists
Look at what showed up at my house!! ✨
This puppy is so difficult to photograph with his ears up and eye contact but LOOK I DID IT!!! #misterhuxley
Welp... the butterscotch latte was good while it lasted.
Second to last day of December, and the weather’s FINE.
*ENCHANTED*
Grumpy little gal. #aggiethegrump #christmascat
Obsessed. #misterhuxley
Best of both worlds... snow AND mild temps! #winterwonderland
%d bloggers like this: